By day 3 of Leadership, I’ve discovered that this was exactly what I was needing right now and didn’t even know it!  December was a wonderful time but I hadn’t realized that I so stressed and running so nonstop, that I was still stressed and worn out now even though the craziness of birthday and holiday season was over as of December 29th.

But being around some amazing men and women who were all there to support each other and cheer each other on, and were so generous in sharing their ideas and experiences with me… and the messages about supporting and empowering others, it all  really hit home for me.

And that is not the 2 hrs of sleep talking either! : )

Here is your recap: 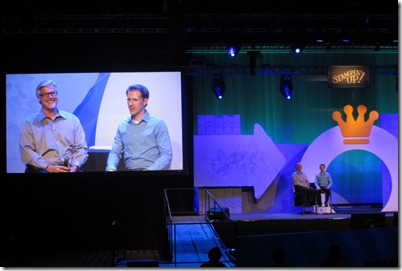 No seriously, I literally got 2 hrs of sleep Saturday night… ok, I guess sleeping again after the wakeup call makes it more like 3 hrs… but still.  I was running a little late in the morning.  So I missed the first couple minutes of the last session, but thankfully I didn’t miss much.

It was lots of game show style trivia and games with Brian Pilling as the MC and other corporate team members being put on the hot seat to win prizes for specific demonstrators.

Lucky me, my Prize Patrol color representative, Cory, did awesome and so I won a prize patrol! 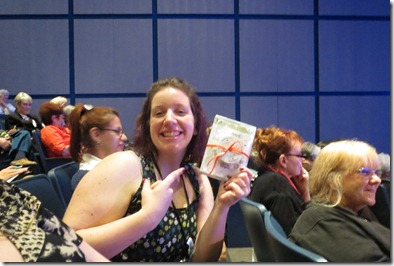 How can you say no to cute ribbon and stamps?! 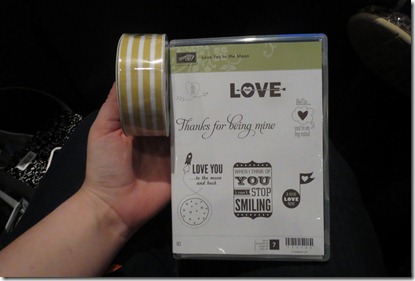 Then we got one more delicious lunch before we got our last chance to look at (and photograph) the display boards. 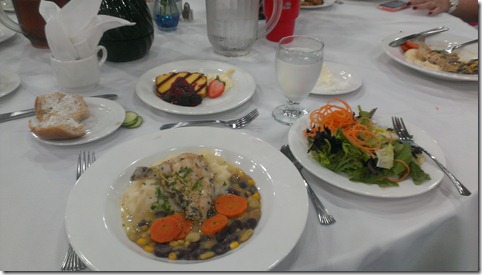 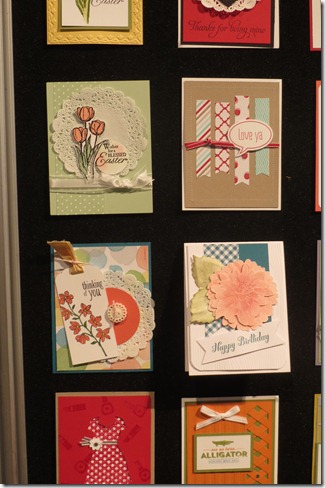 And, YES! I did get LOTS more photos of the display boards but I am going to post them on Facebook later today and then possibly give them their own blog post; ‘cause there are WAY too many to post in this recap.

I loved watching my new friends watch across the stage to celebrate achieving the title of Manager (Sarah Naber) and Counselor (Amy Jasper) in the last year.  (You go, girls!!) 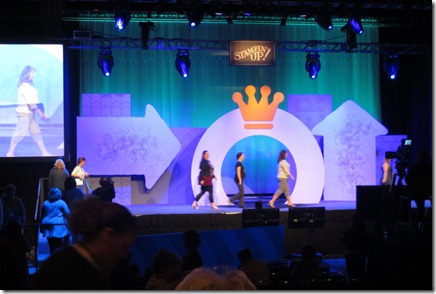 They announced the Craft War winners to…. 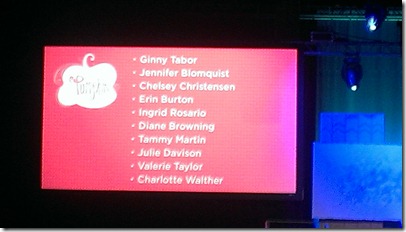 The card I made was a departure from my usual layout or design, and while I loved it, I wasn’t sure what they would think.  So it feels awesome that they liked it too. :  )

Then some simple stamping with Shelli Gardner. 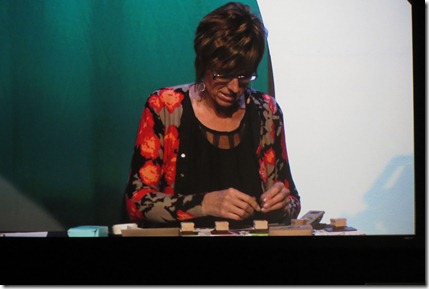 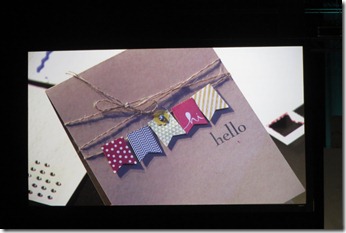 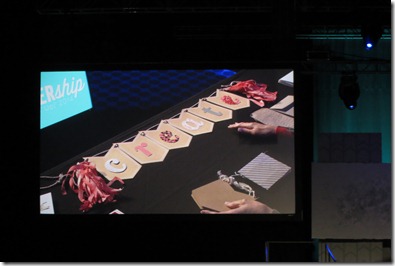 And finally, they capped it off with a gift from the city of Salt Lake (no seriously, they sent us Salt Water taffy!) and the dates of the 2014 Convention. 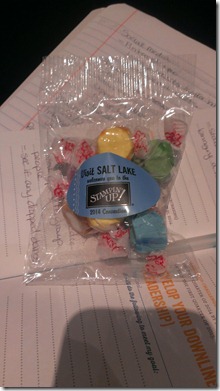 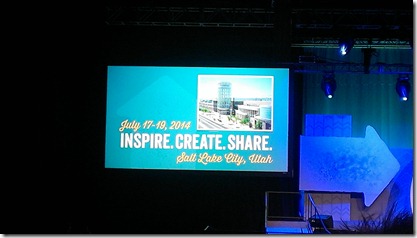 Want to join me at convention for FREE?

You can!  Anyone who joins my group of Fun n’ Crafty demonstrators between now and when Convention registration closes later this spring, will receive a free admission to the big 3 day event in Salt Lake City this summer!!

I had SUCH A BLAST with the group of Fun n’ Crafty girls and friends last year and would love to have even more people come join us for an awesome time of stamping, sharing, prizes, and new friends.

If you would like to know more or just want to raise your hand and say “me! me! me!”, let me know at jennifer@nwstamper.com and I’ll get you the full scoop!

Please leave a comment! I love hearing from you. Cancel reply